Our aim is to be an excellent company that provides high added value by leveraging its comprehensive strengths.

After working in Iraq, Malaysia, the United Kingdom, Indonesia, and Singapore,
Mr. Sugimoto was appointed to his current position in 2015.

Please tell us how KOA has transitioned into the company it is today?

Kajima began providing construction services in Asia, starting in 1964 with the Wisma Nusantara skyscraper building in Indonesia. Then, KOA was established in Singapore in 1988 as the regional headquarters and grew its construction and real estate development business predominantly in Southeast Asia. In 2019, the corporate structure was reorganized and Kajima Asia Pacific Holdings (KAP) became the regional holding company, under which we established KOA as the headquarters for our building construction business unit, and Kajima Development (KD) for our real estate development business unit. For more than 50 years as Southeast Asia has grown, Kajima's construction business has also grown and continues to evolve to this day.

What is KOA’s approach to business now?

KOA manages construction projects in eight countries across Asia - Singapore, Vietnam, Malaysia, Thailand, Indonesia, Philippines, India and Myanmar - and has formulated a group strategy for the promotion of business that meets the different needs of each country with their varying economies, religions, languages, and cultures. KOA provides technical support, allocates management resources, forges relationships with clients, and conducts risk management according to this strategy. Our subsidiaries in each of the eight countries are engaged in a variety of projects tailored to the needs of each country which includes offices, retail, production facilities, hospitals, and apartment buildings. Furthermore, in Singapore where we are based, in addition to Kajima's real estate development, civil engineering and interior design operations, we also have the Singapore office of Kajima Technical Research Institute (KaTRIS -Kajima Technical Research Institute Singapore) and the Engineering Division which clearly demonstrates our commitment and comprehensive strengths.

Please provide an example of how KOA successfully leverages its strengths.

With the support of Kajima Technical Research Institute Singapore (KaTRIS), KOA proposed and successfully implemented an energy saving system for a college building project for the National University of Singapore. KOA also completed a medical equipment manufacturing plant project in Malaysia in collaboration with Kajima’s Engineering Division and KOA is also involved in Kajima Development’s mixed-use commercial/residential development project in Singapore and the Yankin PPP Redevelopment Project in Myanmar.
I am convinced that Kajima's comprehensive strengths come from the integration of all these specialized functions, providing us with a unique competitive advantage our competitors are unable to replicate. We will continue to advance the strengths of our group and aim to be an excellent company that provides high added value to its clients.

Tell us about your role as leader.

When a new employee is assigned to KOA from Japan, I advise them you must never forget or lose the desire to contribute to development of the local community. It is important for us to remain humble and understand we are being permitted to work in each country as part of the community. It is also important to utilize technologies and know-how developed in Japan. However, the most important thing is that we respect and appreciate the local people and their ways. To execute a single construction project, we need thousands of people, and leaders should ensure everyone is aiming to achieve the same goal and are always conscious of community contribution both during construction and post-construction.

We will fortify the trust-based relationships with our local partners and continue to work with them to achieve new growth towards the future.

After working in the United States, Mr. Oishi was responsible for managing the Senayan Square project in Indonesia in 1995. In 2015, he assumed the position of vice president in charge of real estate development for Kajima Overseas Asia and rose to his current position in 2017.

Please tell us how KD has transitioned into the company it is today?

Kajima’s Real Estate Development business unit began in 1988 together with the Building Construction business unit, when Kajima Overseas Asia was incorporated in Singapore. In 2017, Kajima Development (KD) was established as the real estate development entity and sits alongside the construction entity (KOA) under the umbrella of Kajima Asia Pacific Holdings (KAP) which is the regional holding company. That is how KD began.

In terms of significant achievements, we began joint development of offices, hotels and residential properties with Allied Properties of Hong Kong in 1988. Then in 1991, we partnered with Pontiac Land Pte. Ltd. (Singapore) on the Millennia Project, a large-scale, mixed-use project in Singapore. In 1989, Kajima was the major proponent of the city-redevelopment project in Jakarta, Indonesia called Senayan Square. At that time, Senayan Square was one of the largest development projects in Asia, and has continued to generate stable revenue, contributing to the development of the local economy.

What’s your strongest memory of the Senayan Square Development?

We have had to overcome a multitude of twists and turns with this development. There was the Asian monetary crisis and the ensuing Jakarta riots in 1997, and since 2001, there have been numerous terrorist attacks. Even under these difficult circumstances, one of the reasons we did not pull out was because the project was being supported by a group of wealthy Indonesian clients, who were well-known “Super-rich Asians”. Based on our belief that a development of superior quality will always be highly valued no matter the circumstances, we were able to overcome the difficulties and finally succeed in developing a high-quality project.

With the opening of the Fairmont Hotel in 2015, the developmental phase of Senayan Square was completed, and the extensive know-how gained from this public land development project is being utilized in the Yankin PPP Redevelopment Project in Yangon, Myanmar, which began in 2017.

What is KD’s approach to business now?

At this juncture, to accelerate development investment prudently, we are actively seeking joint projects with local partners. Essentially, these are equally-footed, 50/50 joint ventures. For a project to happen, learning detailed information about a particular region such as geography and infrastructure is key. Thus, it is indispensable to have a local partner with knowledge and networks that have been cultivated over many years.

Through developing keen senses to catch timely business opportunities which match the developmental stage and speed of growth in each nation, we aim to be an exemplary real estate developer and the first company of choice in the countries where we operate. We are constantly mindful that in our pursuit of profits, we play our part in being a better corporate citizen and contribute to communities and society.

Please tell us how you feel about local partners?

Throughout the entire time we have been developing real estate in Asia, our greatest asset has been the trust-based relationships with our local partners. We continue to maintain good relationships with both Allied and Pontiac I spoke about earlier, and are also focused on creating new partnerships. In 2016, we established Indochina Capital Co., Ltd., a real estate developer in Vietnam, and are developing a chain of business hotels (Wink Hotel) throughout Vietnam. In 2017, in collaboration with Singapore Press Holdings Limited (SPH), Asia’s leading media organization with a diverse portfolio of real estate assets, we made a successful bid for the Woodleigh Development project (Commercial and Residential) in the Bidadari district and have broken ground. It is precisely because we have a strong relationship of trust with our partners who have thorough knowledge of the local market that we can win profitable projects. We will continue to cooperate and grow together over the long term. 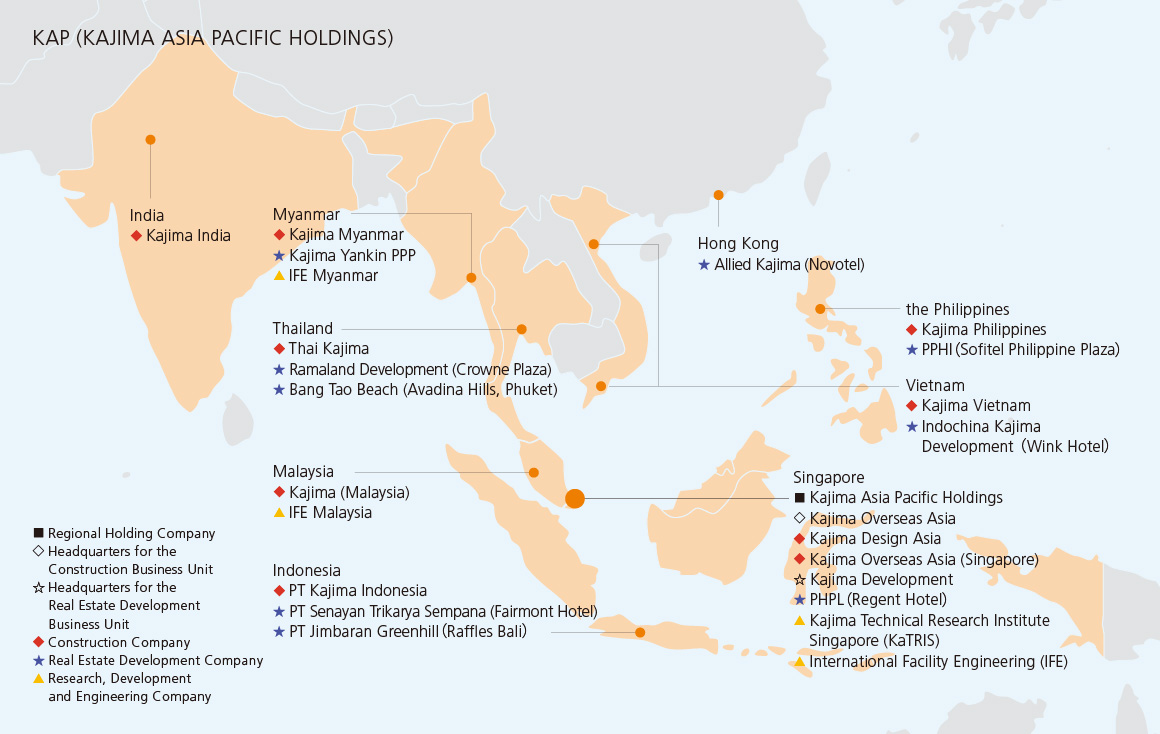 Click here for more information about each group companies 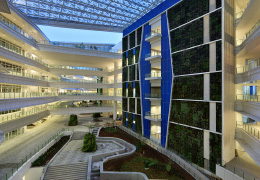 Following the construction of an oil refinery in the 1960s when Singapore was still a British colony, Kajima has played a part in the development of Singapore for a half century. Currently, we are involved in a wide variety of building projects, including offices, hotels, commercial facilities, hospitals, schools, production, and logistics facilities for both public and privately owned foreign and Japanese companies. Kajima has received a number of Construction Excellence Awards from the Building and Construction Authority and has a strong presence in the country. 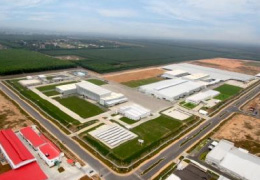 We have been operating in Vietnam since 1960, and in 2007, we completed the Tan Son Nhat International Airport, Vietnam’s gateway to the world. Kajima Vietnam Co., Ltd. was established in 2016 and currently provides design and construction services mainly in Ho Chi Minh City, Hanoi and Da Nang City. We handle a wide variety of projects including buildings for production and commercial and logistics facilities. 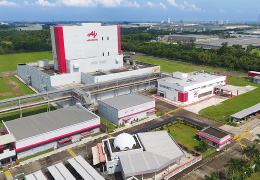 Since entering Indonesia in 1959, we have contributed to the nation’s development by constructing dams, power plants, and high-rise buildings. Since 1989, Kajima has been the key proponent of the Senayan Development Project undertaking everything from development, design and construction to operation of the entire complex. At present, we are providing design and construction services centered on the production and logistics facilities of Japanese companies by leveraging our experience and synergies from Senayan. 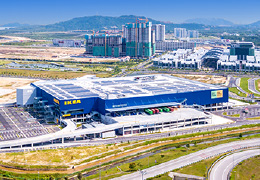 We expanded into the Malaysian market in the 1960s and established operations in 1989 based in Kuala Lumpur. Since then, we have been providing design and construction services for production, logistics and commercial facilities, mainly in Kuala Lumpur, Penang and Johor Bahru. In recent years, we have been proactive in our efforts to make proposals aimed at obtaining Green Building Initiative (GBI) and Leadership in Energy and Environmental Design (LEED) environmental certification. In terms of health and safety, we have received awards from the Malaysian National Council for Occupational Safety and Health and the Construction and Industrial Development Board (CIDB). 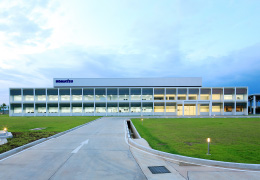 Thai Kajima (Co., Ltd.) was established in 1985 and has grown into a company that locally employs approximately 470 people in design and construction. We provide design-build services to satisfy our clients’ needs and build manufacturing and logistics facilities mostly for the local affiliates of Japanese companies. In recent years, we have been engaged in the construction of production and logistics facilities for Japanese and foreign companies, as well as the construction of commercial facilities, data centers, and head office buildings of Thailand public companies. 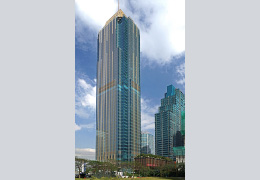 Kajima expanded into the Philippine market in the 1960s, and Kajima Philippines was incorporated in 2002. Currently, we have our office in the Manila metropolitan area, and are primarily engaged in the design and construction of production and logistics facilities for foreign and Japanese companies. We also design and build interiors for offices and provide construction management services for hotels and high-rise condominiums. 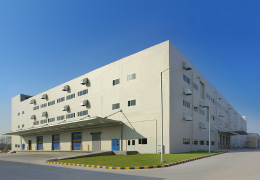 Since establishing Kajima India Co., Ltd. in 2011, we have been involved in production and logistics facilities projects of foreign and Japanese companies. From our head office in Gurugram, we focus mainly on the New Delhi and Ahmedabad areas where we provide design-build services to foreign and Japanese firms utilizing the resources, knowledge and experience of the Kajima Group. 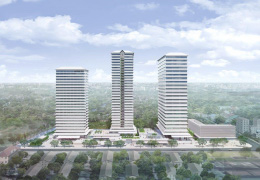 Kajima and Myanmar share a long history dating back to the construction of the Baluchaung Hydroelectric Power Generation Project in 1954. Since then, we have built a portfolio of many projects, including the Japanese embassy and The National Thuwunna Youth Training Center Stadium and we now provide design-build services through Kajima Myanmar, which was established in 2018. In 2017, we commenced work on a mixed-use development in Yankin, and we are making full use of Kajima's comprehensive strengths in all disciplines, from development and design to construction and operation.